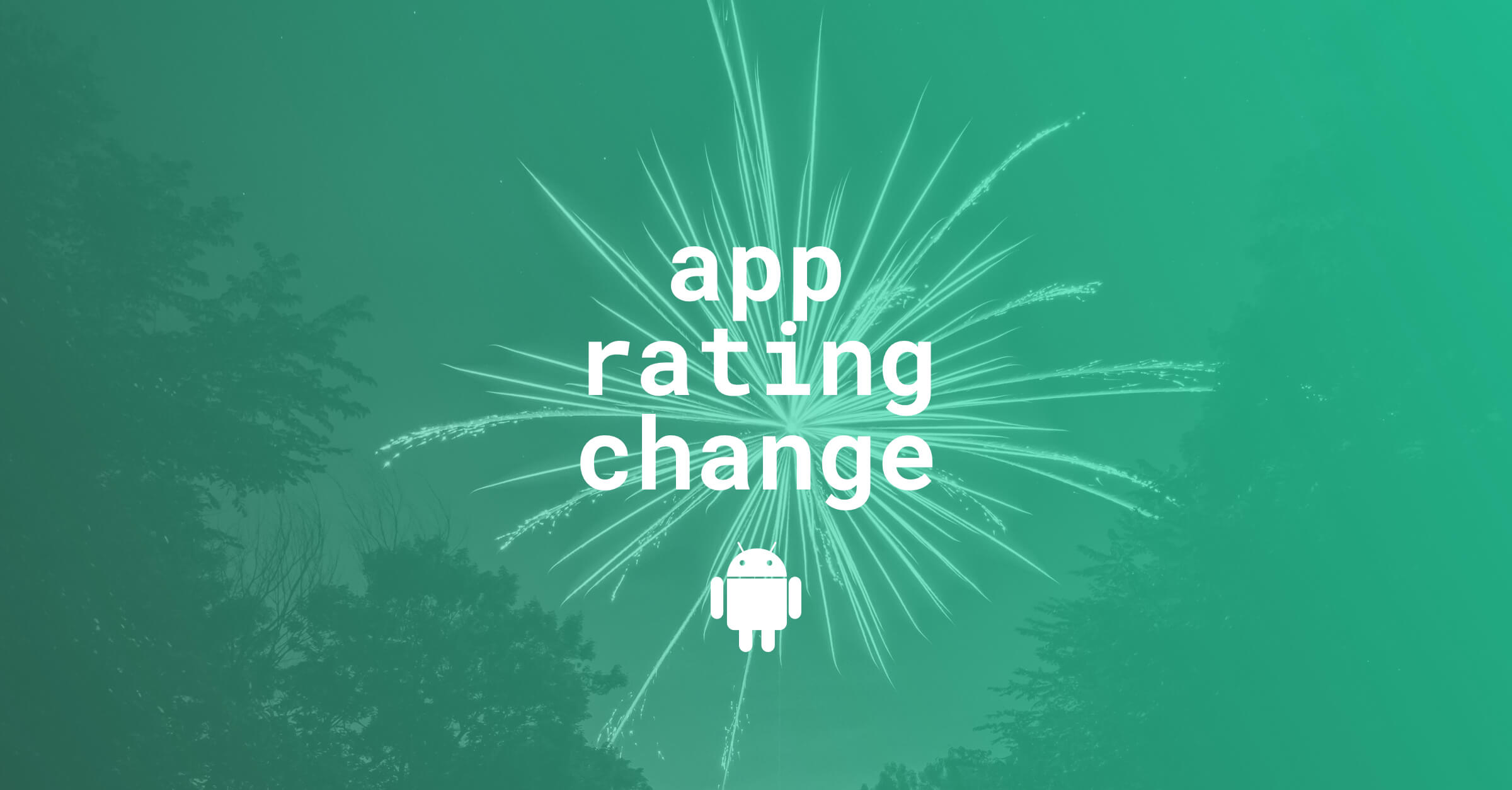 “The work of improving user sentiment will become more demanding as developers need to keep an eye out and be ready to adapt all the time.”

As announced in May during the Google I/O Developer Conference, Google had been rethinking how app ratings work on the Play Store. As of August Google changes how the average app rating is calculated to favor the most recent user reviews. Developers have been able to preview in the beta how the new average star rating of their app will look like since May. The new ratings will roll out to users in August. So, if this is news to you or you haven’t acted on this important change yet, August is here and now is the time.

1. Developers want it, now they have it

Previously, the average star ratings for apps in the Google Play Store were calculated on the basis that all ratings are taken into account equally, regardless of time or app version. And it certainly had its pros and cons. Google explains, the update to the rating mechanism is a response to developers who demanded a figure that reflects a more current state of the app. The new approach recalculates the average star rating, focusing “more” on the recent input from users instead of a lifetime cumulative score. Thus, this provides a more accurate reflection of mobile apps. It hasn’t been disclosed what exactly Google’s new formula for the rating calculation looks like.

With the new rating calculation, Google will not only increase the focus on quality control, it will also shift the competitive landscape. The new calculation will expose apps that have been abandoned, neglected, outdated, or simply slow to react. This means all apps that want to stay alive in the CRO, ASO or app marketing game at large will need to ramp up their strategies on the ratings front. This will breed more activities, whether they are defensive or offensive.

Quality control issues have been plaguing the Google Play Store for some time now. And for Google, seeking a new approach for app ratings might make a step into a positive direction. At this point it is too early to point out exactly what desired effects of quality this may bring. However, what we do already notice is Google’s increased aggression towards control, e.g. cracking down on fake Play Store reviews. If the rumored native in-app rating prompt becomes a reality, Google will show yet another face of their aggressive quality control. The moral of the story: Though we are not sure about the “quality” in quality control yet, we are sure this is another way of Google to enforce more control.

3. Google is changing the game

For end users, nothing has changed though. They continue to rating your app with 1-5 stars. For app marketers, product managers and developers, this means that becoming proactive is more important than ever. Ratings are known to be a major factor impacting keyword ranking, app featuring chances, and conversion rate – some of the most vital pillars of App Store Optimization.

Evidence from many Android apps show that the difference between the results of the new and old calculations could be drastic. With enough efforts, from a bad place (3.8*) apps could jump to a rather safe zone (>4*) over a short time. The other direction is also equally likely: React slowly and neglect your ratings will escalate quickly to a bad place. Once highly rated apps that have missed to fix bugs and release new updates will have a rating that reflects their current state of decline.

With the new ratings calculation, things could improve as quickly as they turn ugly when the new ratings will replace the existing ones. We don’t know on which exact date this will happen, and we haven’t noticed any drastic changes in ratings yet.  Nevertheless, the work of improving user sentiment will become more demanding as developers need to keep an eye out and be ready to adapt all the time.

Remember: For every 1-star rating an app gets, it has to obtain seven 5-star ratings from other users to maintain the “healthy” ASO benchmark of 4.5-star average. Getting one negative rating is easy and quick, getting one 5-star rating is tough, getting seven of them could take forever. With the new calculation, any poor ratings that come in in the future will have an amplified negative impact (they weigh more than all the good things that have happened in the past), so you wouldn’t want to “take forever” to salvage them. So, don’t wait till it happens, and plan ahead.

We don’t want to paint a black picture for you and there are ways to tackle the new app rating calculation. App developers have to become even more proactive concerning continuous improvement, proper planning and preparation.

As an ASO practitioner for a mobile app you should plan ahead, have a proper strategy in place and come up with a predictive model against negative reviews. You’d want to integrate MMPs (Mobile Measurement Partner) and a CRM (Customer Relationship Management) tool into your mobile Marketing Tech Stack. This will become definitely necessary if you make user sentiment and management a priority. Mobile CRM tools will help you build great in-app rating prompts and focus on the right way to ask happy users to review your app. Optimizing mobile app’s customer feedback flow is something we concern ourselves with here at Customlytics (almost) on a daily basis, so we’re happy to talk you through this technique and choosing a CRM tool for you that fits the bill.

Furthermore you want to look into creating a template for your team to streamline customer support and reply to user reviews in time. Google is now offering a new suggested reply feature making it easier for developers to reply to user questions and comments. Though this feature initially bears some good intentions, we want you to be aware of its rather standard kind of nature (as you can see in the screenshot)

Using rather bland and neutral replies is to our mind against any ASO best practice for user sentiment improvement. There are better ways to automate user sentiment management & replies, with the help of more sophisticated tools available in the market such as AppFollow and AppBot.

We know this takes time and resources. Sounds like a lot? Our ASO experts at Customlytics are happy to discuss with you how we can improve your ASO strategy and take your iOS or Android app’s organic growth up a notch. Drop us a message at [email protected] and let’s chat!

LinkedIn
Facebook
Twitter
PrevPreviousThe Why, When, How and Whom of Data Warehousing
NextHow to avoid pitfalls working with your data warehouseNext 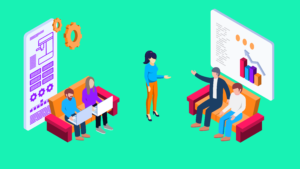 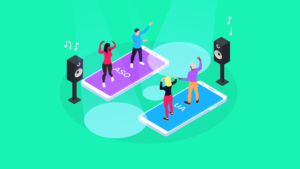 Apple’s introduction of custom product pages in December 2021 may not sound that epic to people outside of the app marketing bubble, but for those